Fine Geddie & Associates provides a newsletter of candid assessment and background information on bills currently in the Alabama Legislature. The newsletter is published during the Regular Session. Special Reports are published during elections and special sessions.

On Thursday, May 14, 2020, Governor. Kay Ivey announced that she intends to sign both of the state’s fiscal year 2021 operating budgets – the $7.1 billion Education Trust Fund and the $2.4 billion General Fund – as passed by the Alabama Legislature. Read more >

The Alabama Legislature has adjourned until May 18, after meeting on Saturday to give final passage to the $7.1 billion Education Trust Fund budget, a supplemental education funding bill, a revenue bill for nursing homes, and the remaining local bills pending. Those measures have been sent to the Governor for her consideration. Continue reading >

After an extended COVID-19 interruption, Alabama legislators have shifted into overdrive this week. In just five days of work, they have sent one budget to Gov. Kay Ivey’s desk and the second budget is not far behind. Meanwhile, tensions are boiling over as the legislative and executive branches jockeyed for control of the $1.9 billion in federal funding related to the virus. Continue reading >

The leadership of the Alabama Legislature have announced plans to convene in Regular Session May 4, 2020. The presiding officers of each house will be present in their respective chambers on April 28 to declare the absence of a quorum due to a state of emergency and move to reconvene May 4. The priority will be on the General Fund budget, the Education Trust Fund budget, and local legislation. Continue reading >

The Alabama Legislature is ending its spring break, but the fate of the 2020 Regular Session is unclear due to the novel Coronavirus. The House had a brief session yesterday attended by Speaker Mac McCutcheon (R—Huntsville). The House did not have a quorum but, pursuant to an emergency rule, adjourned and plans to convene on Tuesday. The Senate is scheduled to convene Tuesday, as well. If a quorum can be reached in each chamber, they will pass a resolution to return on April 28. Continue reading >

Late in the day on Thursday, the Alabama Senate voted 22-11 to pass SB165 by Sen. Tim Melson, M.D. (R - Florence). The bill to establish a comprehensive medical marijuana program in the state will go on to the House for consideration. Continue reading >

After more than three hours of debate Thursday, the Alabama Senate approved new limitations on the establishment of future occupational taxes in the state, sending the measure to Gov. Kay Ivey on a split vote. Continue reading >

The Alabama Senate devoted much of Tuesday to passage of recommendations from the Military Stability Commission, chaired by Lt. Gov. Will Ainsworth, the chamber's presiding officer. ﻿Continue reading >

Alabama lawmakers took steps this week to utilize 2021's positive revenue forecast as an opportunity to prepare for leaner years that are sure to come. Continue reading > 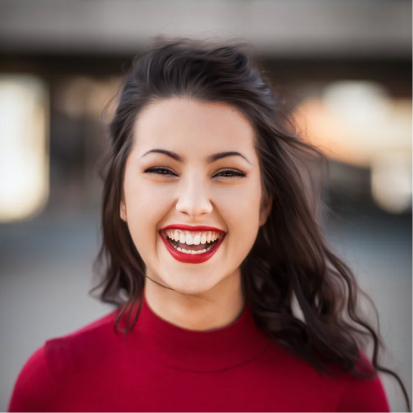 To learn more about ASCPA's advocacy efforts, contact us today: